Knowing who your business if for is more than half the battle—it could be considered the battle itself. While we’ve touched upon demographics (check out How to Determine Your Target Market) (age, sex, location) of our potential customers, there may be more than meets the eye. We need to go further into the mindset to really see what our customers are thinking and what drives their purchasing habits. In this article, we’ll take a look at something called “psychographics.”

Simply put, psychographics is the study of personality traits, values, interests, attitudes, and lifestyles. For our customers, psychographics determine not just the “who” (the demographics) of those you are looking to target in your advertising campaigns, but the “why”. In order to make educated decisions, we have to understand our customers through a sympathetic lens, putting ourselves into their shoes, so to speak.

Why Are They Important?

What’s important to note about psychographics is that you may completely miss certain opportunities and commit blunders that can cost your needless expense and alienate customers.
Let’s illustrate this concept with an example:

• Is interested in dating websites and social meetings
• As a single male living with a wage above per capita, he has a fair amount of disposable income
• Has an interest in foreign languages and travel

The interesting thing to note is that psychographics can be derived from inferences from the demographics and other known psychographics. For instance, would it make a difference to know if the person in question was of a particular faith and sexual orientation? Even knowing that this person lived in a liberal, affluent area can help us target their needs and desires. Essentially, beyond the demographics that we’re marketing towards, we go beyond and ask, “what would a person be likely to do?”

How to Identify Your Target Audience’s Psychographics

So, how do we go about finding out about our customers? There’s a couple of methods to explore:

1) Analyze the Data: Your social media and website analytics are invaluable. As our previous data illustrated, we can narrow our focus based on trends among our customers. This could range from peak times of visits, keywords searched for, popular articles, and so forth.

However, it’s not enough to take the empirical data at face value. Instead, you have to take into account as many external factors as possible that would affect that information. If you noticed an increase in the numbers of your reservations for your catering business during the summer months for women ages 18 – 34, could you hypothesise that maybe they are hiring your services because of marriage? And of those numbers, could you further narrow the scope down to the weekends, when most marriages would be taking place. Now, instead of focusing your marketing campaigns solely on women ages 18 – 34, you can add “summer”, “weekend”, and other things associated with a large turnout to an eventful wedding. Who wants a wedding on a cold, rainy August anyways?

2) All You Have to Do Is Ask: This might seem like the most obvious example of figuring out what your customers really want, but how many companies truly survey their clients? Think of your most loyal of customers—try contacting them directly and see what they think honestly about your company. Most people are more than happy to tell you what’s on their mind, especially if there’s an incentive like discounts, rebates, or giveaways. Even just this attention to detail can lead to customers referring your company to their friends by word-of-mouth, which is every advertiser’s dream.

3) Stake Out the Competition: An in-depth analysis of social media can elucidate what your clients are after, but by looking at the competition’s followers, you can gain insight into the psychology of their market base. Perhaps there’s just a minute difference in your competitors that is the tipping point in their clients’ decision making.

4) Shadow Testing: Consider creating dummy websites and fictitious campaigns to gain insight into potential customers. The advantage to this method is that because of the fictitious nature of the “testing” that you’re doing, it won’t be linked back to your company directly—instead, offering all the valuable psychographics with relatively little risk. If you’re looking for an in-depth article on what is and how to use shadow testing, click here.

Once you’ve got a good idea of what it is that makes them tick, tailor your products and services, whether you’re creating a minimum-viable product in a new market, an automated customer service help line, or any other feature.

A Great Example of Psychographics in Action

What’s interesting is how psychographics have really created the difference between old advertising models and new ones. A great example of psychographics in action is Snapchat. The startup has an interesting story of how they realised their app’s potential by studying their analytics and asking their users about their product.
Initially, the app was something of a failure among its Stanford-based origins. Even among its early days, most teachers and fellow students couldn’t understand why disappearing pictures would be valuable to anyone.

Consequently, the app—then known as Picaboo—wasn’t gaining much traction, with relatively few users beyond a small base of early adopters.

Then, something changed. Activity peaked during the hours of 7am to 3pm, and isolated to areas where schools and universities were located in California. One of the students told the founders that the app was how students essentially “passed notes” to one another. It was an “a-ha” moment when they realised that their customers were tech-oriented students. From then on, the company narrowed its focus to younger clientele who appreciated the frivolous (but thoroughly conceived) nature of Snapchat’s features.

In this modern age, it simply isn’t enough to create a product and cross your fingers that it’ll create traction. Instead, informed decisions, whether by assessing the competition or polling those demographics, can offer valuable direction for your business to aim its efforts. Make psychographics a part of your business model and you will expect to see nuanced results. 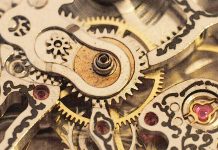 If you build it, they may not come.  Underlying Marketing Mechanisms for Entrepreneurs. 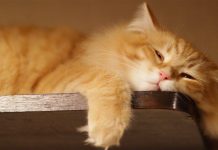 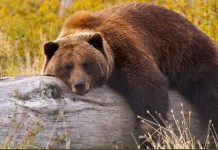 Why your Google Ads aren’t working